In addition, Scotland is known for its whisky distilleries, so be sure to sample some of the local spirits. And don’t forget to enjoy the beautiful scenery while you’re there!

Castle Rock is a volcanic plug located in Edinburgh, Scotland. The rock is part of the Castle Rock formation, which also includes the Salisbury Crags and Arthur’s Seat. Edinburgh Castle is located on the rock.

The rock was formed over 340 million years ago when a volcano erupted. The eruption created a plug of hardened magma which cooled and solidified. Over time, erosion caused by wind and rain sculpted the rock into its current form.

Inverness is a beautiful city located in the Scottish Highlands. The city is situated on the banks of the River Ness and is home to Loch Ness, one of Scotland’s most famous lochs. Urquhart Castle, a medieval fortress, is located on the shores of Loch Ness and is one of Inverness’ most popular tourist attractions.

The castle dates back to the 13th century and offers stunning views of the loch and the surrounding countryside. Other highlights in Inverness include the Caledonian Canal, which runs through the city, and Inverness Cathedral, which dates back to 1857.

The St. Andrews Links is a complex of golf courses in the town of St. Andrews, Fife, Scotland. The courses are owned by the local council and leased to The Royal and Ancient Golf Club of St. Andrews (R&A). The R&A is the world’s most prestigious golf club and organizer of the Open Championship.

The “Old Course” at St. Andrews is the most famous golf course in the world and one of the oldest, having been founded in 1754. It is also one of the few links courses which remain in use today. The course hugs the coastline, providing stunning views over the North Sea, as well as inland across Fife towards Edinburgh.

The R&A has its headquarters on The Links at St. Andrews, adjacent to the “Old Course”.

The Trossachs National Park is a beautiful and serene area located in the heart of Scotland. The park is known for its stunning lochs and rolling hills. Visitors can enjoy a mixture of activities in the park, including hiking, fishing, and camping.

Loch Lomond is the largest and most popular loch in the park and offers excellent opportunities for fishing, boating, and kayaking.

The island is a popular tourist destination and offers plenty of activities for visitors, including hiking, biking, and fishing.

The Northern Highlands of Scotland is a wild and rugged region that offers visitors plenty of opportunities for outdoor activities. The area is known for its dramatic landscapes, lochs, and mountains, and it’s a popular destination for hikers, climbers, and cyclists.

There are also a number of small villages in the region, which offer visitors a chance to experience traditional Scottish culture.

The Burns Heritage Trail winds its way through the heart of Ayrshire, following in the footsteps of Scotland’s national poet, Robert Burns. The trail takes visitors past many of the places that were important to Burns during his life, including his birthplace, his school, and the church where he married Jean Armour. There are also a number of museums and visitor centers located along the trail, each with its own collection of artifacts and information about Burns’ life and work.

The trail is well signposted, making it easy to follow, and there is a wealth of things to see and do along the way. Whether you’re a fan of Burns’ poetry or not, a visit to the Burns Heritage Trail is sure to be an interesting and enjoyable experience.

Aberdeenshire, known as Scotland’s Castle Country, is home to some of the most beautiful and well-preserved castles in the world. From turreted towers to fairytale turrets, these castles offer visitors a glimpse into Scotland’s medieval past.

The Aberdeenshire Castle Trail takes visitors on a journey through the region’s rich history, from the 12th century Cluny Castle to Dunnottar Castle, which dates back to the 8th century. Other notable castles on the trail include Kildrummy Castle, Braemar Castle, and Balmoral Castle – which is still used today as a royal residence.

So if you’re looking for a bit of Scottish history and some stunning castle scenery, make sure to check out Aberdeenshire’s Castle Trail.

The Wallace Monument is a tower honoring William Wallace, who led the Scottish resistance to English rule in the 13th century. The monument is located in Stirling, Scotland, and is open to the public.

Next to the Wallace Monument is Stirling Castle, which was also home to William Wallace and his family. The castle is now a tourist attraction, with exhibits on Scottish history and culture.

The Isle of Mull is one of the most scenic and unspoiled places in Scotland. Glengorm Castle Residence is a perfect place to stay while on the island. The castle is located on the north coast of Mull and has wonderful views of the surrounding countryside and sea.

It is also a great place to watch wildlife, with deer, otters, and seals were often seen nearby. The castle has been in the same family for over 400 years, and guests can enjoy its history and traditional charm. There are six bedrooms, all with en suite bathrooms, as well as a drawing-room, library, games room, and kitchen.

Where is Mallorca? Things to Do in Mallorca? 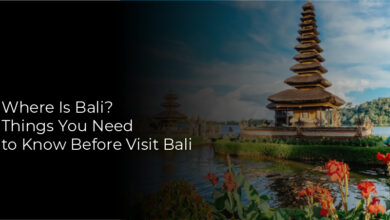 Where Is Bali? Things You Need to Know Before Visit Bali 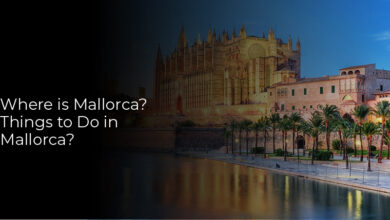 Where is Mallorca? Things to Do in Mallorca?